Liriodendron tulipifera, also known as tuliptree or tulip poplar, is an elegant hardwood native to eastern North America from Massachusetts southward. Neither related to tulips nor poplars, tuliptree belongs to the magnolia family, Magnoliaceae, and is among the most ancient lineages of flowering plants.

Tuliptrees may grow as tall as 150 feet but are more commonly 60 to 90 feet tall. The stately column-like trunks of mature tuliptrees rarely branch at the base and may be 4 to 6 feet wide. You can see why tuliptrees were used by native Americans to create dugout canoes! The tree has scaly gray bark and distinctive dotted leaf scars on the twigs. The 4 to 6 inch, waxy, alternately arranged leaves set tuliptree apart from many members of Magnoliaceae because of their four lobes, which makes them look like butterflies.

Tuliptree blooms are large, yellow, and cup-shaped, revealing the source of its name: in Latin, tulipifera means “tulip bearing.” The 2 inch flowers open only after the tree leafs out, making them difficult to notice. Each of the six yellow petals has a band of orange at the base. The cone-shaped fruit clusters left after the showy petals fall to the ground are a collection of tough, winged fruits called samaras. If you step on tuliptree samaras in bare feet, you won’t forget it!

Although this specimen in Pulaski Park is relatively small, a magnificent spreading tuliptree can be found in the center of the Bridge Street Cemetery in Northampton. Visit Keyes Street in Florence to see the Massachusetts champion tuliptree. 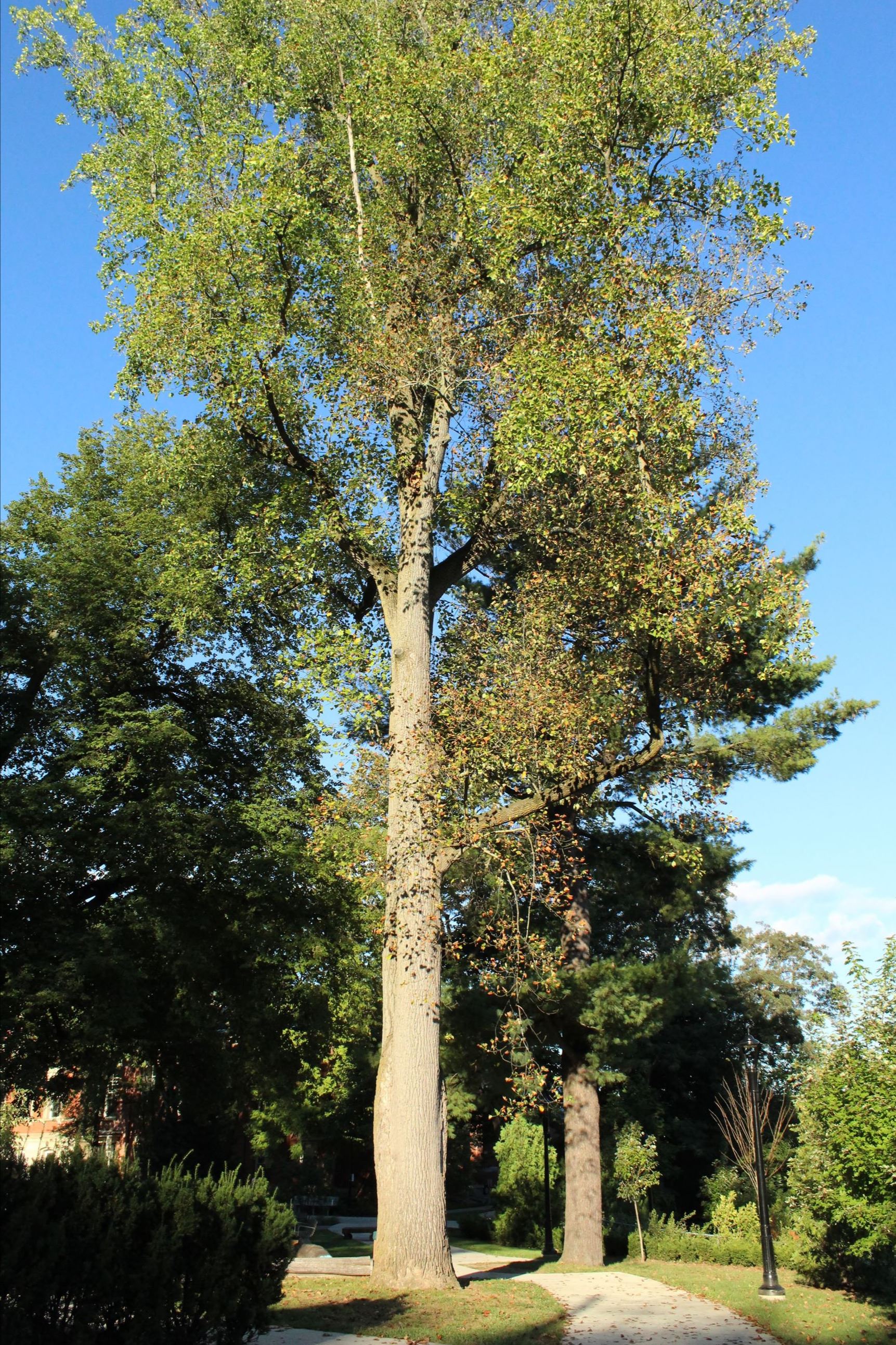