Tilia americana, basswood or American linden, is a native deciduous tree known for its useful wood and fragrant flowers. The genus Tilia is a member of the Malvaceae, the mallow family, which includes other economically important species such as cotton, cocoa, and hibiscus.

American linden trees typically grow 50 to 80 feet tall and have distinct bark ridges that are aligned parallel to one another. The alternately arranged, oval leaves have a serrated leaf margin and, most characteristically, an uneven, heart shaped base. In winter, bud scales on twigs may be bright red and look like tiny painted fingernails.

Tilia americana produces pale yellow blossoms in clusters called cymes that scent the air with a delicate sweet perfume. Visit Pulaski Park in late June to experience the fragrance of linden flowers. When trees are at peak flowering, bees are attracted to the flowers in such abundance that humming can be heard many feet away. In fact, the honey made from linden flower nectar is a gourmet delicacy. A tea steeped from the flowers and bark of linden has been used to cure a variety of maladies including fever, headache, and stomach ache for centuries in Europe, where basswood species are known as lime or lime tree. After flowering, linden produces small brown nutlets, which ripen in late summer. Each cyme falls from the center of a papery leaf-like bract connected to the main twig. Once mature, these bracts serve as propellers that twirl gracefully to the ground to disperse the seed.

Interestingly, the common name basswood is derived from the word bastwood, which refers to the strong fibers of the tree’s food conducting tissue, called phloem, that forms the inner bark. These fibers can be used to create cordage and woven into baskets or mats. The light wood of American linden, which also has the common name whitewood, is produced commercially around the Great Lakes and is used to make furniture, crafts, and box materials. 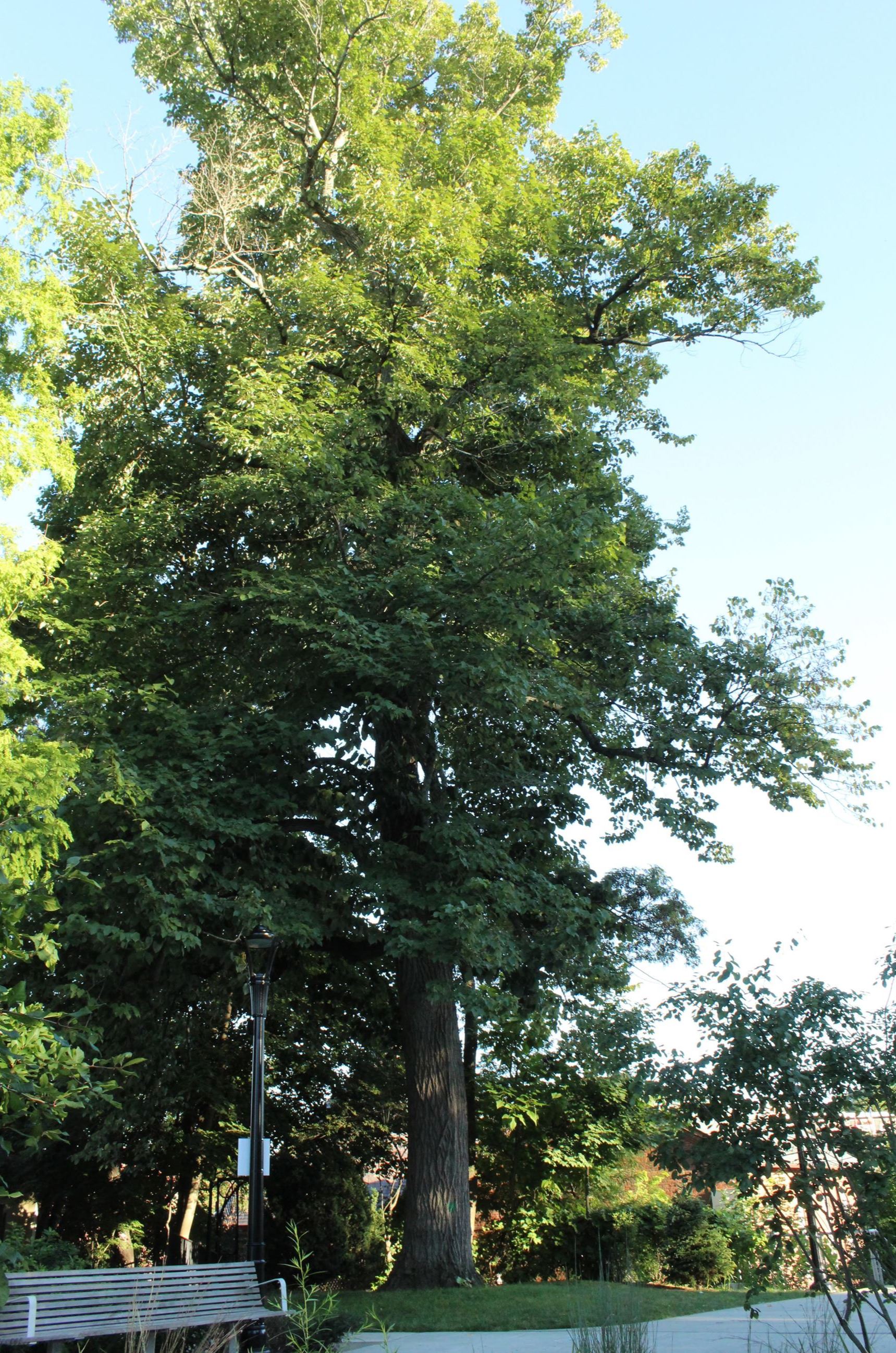