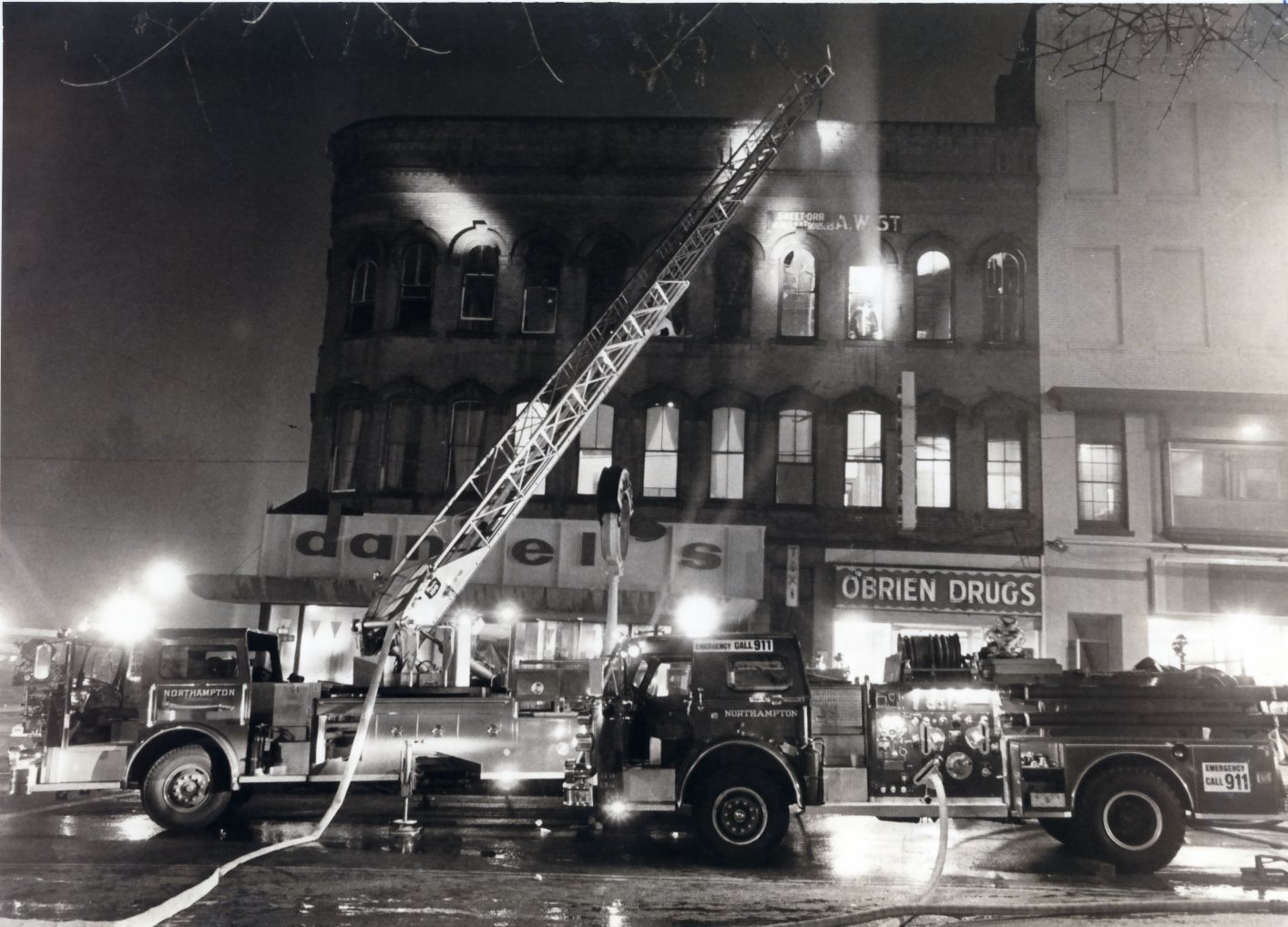 Northampton Fire Rescue (NFR) protects approximately 30,000 residents, numerous visitors and 2,600 students of Smith College, one of the largest all women schools in the country. Northampton is 35.6 square miles in size, and is the capital of Hampshire County, located in Western Massachusetts. NFR consists of two fire stations and has 72 full time firefighters, many of them EMTs and Paramedics. NFR provides 24 hour a day emergency ambulance service to the City with multiple ALS units. NFR ambulances also provide mutual aid and ALS intercepts to other surrounding towns. NFR also staffs multiple fire units to respond to calls in the City as well as for mutual aid requests. The department is run by Chief Jon Davine. The Fire Chief is appointed by the Mayor and confirmed by the City Council. There are 4 groups within the department and work a rotating 24-hour shift system. Each shift consists of one shift commander (Deputy Chief), two company officers (Captains), and multiple firefighters and EMTs. The administration staff of the department includes the Chief, Assistant Chief, EMS Director, Equipment Manager / Mechanic, Administrative Assistant, Fire Inspector, and Training Officer. The Firefighters and Captains of NFR are members of the International Association of Firefighters Union Local 108 and the Deputy Chiefs are members of the Northampton Fire Deputy Chiefs Association.

The City of Northampton consists of single family homes, apartment buildings, multiple family dwellings, commercial structures, strip malls, supermarkets, industrial complexes, schools and colleges, woods and farm land areas, an airport, two hospitals and various recreational areas located throughout the City. The Connecticut River runs along the eastern border of the City and is a destination for boaters all summer long. Interstate 91 also passes through Northampton and runs north to south, connecting Vermont to Connecticut. The City is made up of 3 areas, downtown, the village of Florence and village of Leeds. It is bordered to the north by the towns of Hatfield and Williamsburg, to the west by Westhampton, to the east by Hadley and Amherst (across the Connecticut River), and to the south by Easthampton and Holyoke. Northampton is the center of the five college consortium of Mount Holyoke College, Amherst College, University of Massachusetts Amherst, Hampshire College and Smith College.